TN&MD is an interface between BIS and consumers within the realm of BIS activities. The main objective of the TN&MD is to educate consumers of BIS and protect their interests

BIS has its HQ at Delhi, its five Regional Offices at Delhi, Chandigarh, Kolkata, Mumbai and Chennai and 32 Branch Offices all over India details of which are available on BIS website (www.bis.gov.in).

BIS has a well-established Citizen’s Charter which was last updated in 2017. However, in the view of enactment of BIS Act 2016, changes in the activities and processes of interaction with stakeholders, creation of new BOs/Departments and changes in contact details of BIS offices, we are in the process of revision of Citizen Charter and will be made available shortly.

What are the various Standard Marks of BIS?

The Electronic products covered under Compulsory registration Scheme are marked with Registration Mark.

Complaints may be lodged under the following categories-

Complaint can be made both offline and online through post, email, mobile app or BIS Consumer Engagement Portal. Complaint can also be made in person by visiting the nearest Branch Office.

The Bureau of Indian Standards (BIS) under the provisions of Sections 13 of the BIS Act, 2016 grants licence to use or apply a Standard Mark. Usage of BIS Standard Mark without a valid license from BIS or usage of colourable imitation thereof by a manufacturer amounts to misuse of the standard mark under the provisions of section 17 of the BIS Act, 2016.

Raids (Search and Seizure) are carried out on receipt of information from informers through written complaints, e-mails and through the website, online portal which are recorded centrally. The information received is verified through a discreet investigation which is followed by a raid. On completion of a successful raid, legal case is launched in the court of law under the BIS Act, 2016

BIS conducts Consumer Awareness Programs across India through the network of its Regional and Branch offices. In addition, BIS is in process of registering Consumer Groups for better outreach to consumers for creating awareness among them

Awareness programmes focuses mainly on enhancing quality consciousness of consumers by highlighting issues of standardization, hallmarking or Gold of silver and educating them on the misuse of the BIS Standard Mark.

Bureau of Indian Standards organizes regular Awareness Programmes through its various Regional Offices/Branch Offices. Many of these awareness programmes are conducted in association with Consumer Organizations. These programmes focus on enhancing Quality consciousness of consumers by highlighting issues of Standardization, promotion of BIS Standard Mark, Hallmarking of Gold & Silver and educating them on the misuse of BIS Standard mark & Complaint Redressal System for products with BIS Standard Mark. In the awareness programmes for industries / licencee of BIS, importance of standardization is explained to the industries and the difficulties faced in the operation of licence are also discussed. 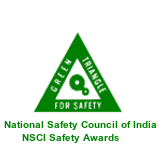